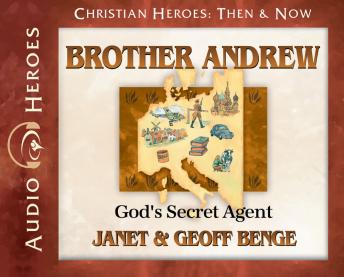 When he became God’s smuggler, Brother Andrew (1928-) was already familiar with risk. As a boy, the intrepid Andrew van der Bijl joined the Dutch Resistance against the Nazi occupation. As a young man, he fought eagerly in the Dutch East Indies — until the horror of war turned the adventure seeker to a life of alcohol and desperation. Redeemed by God, the Dutchman became a daring messenger of hope, smuggling Scripture through closed borders and equipping persecuted Christians behind the Iron Curtain. Today Brother Andrew and the ministry of Open Doors continue to shine the light of Christ in the world’s darkest places.