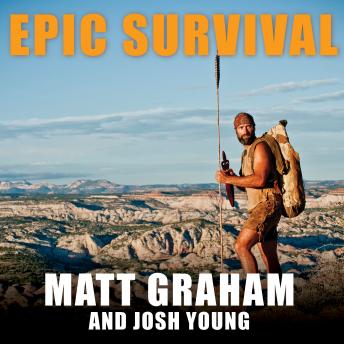 Early on in his life, Matt craved a return to nature. When he became an adult, he set aside his comfortable urban life and lived entirely off the land. In this riveting narrative that brings together epic adventure and spiritual quest, he shows us what extraordinary things the human body is capable of when pushed to its limits.

He learns the secrets of the Tarahumara Indians that helped him run the 1,600-mile Pacific Crest Trail in just fifty-eight days and endure temperature swings of 100 degrees. He takes us with him as he treks into the wilderness to live alone for half a year, armed with nothing but a loincloth, a pair of sandals, a stone knife, and chia seeds. He recounts near-death experiences of hiking alone through the snowdrifts at the bottom of the Grand Canyon.

Above all, Epic Survival is a book about growing closer to the land that nurtures us. No matter how far our modern society takes us from the wilderness, the call remains.